❝Winds at South-South-East and South-East, a gentle breeze, with which we stood to the North-West and North-West by North, as the land lay, under an easey Sail.
Having a boat ahead, found our Soundings at first were very irregular, from 9 to 4 fathoms; but afterwards regular, from 9 to 11 fathoms.
At 8, being about 2 Leagues from the Main Land, we Anchor’d in 11 fathoms, Sandy bottom.
Soon after this we found a Slow Motion of a Tide seting to the Eastward, and rode so until 6, at which time the tide had risen 11 feet; we now got under Sail, and Stood away North-North-West as the land lay.
From the Observations made on the tide last Night it is plain that the flood comes from the North-West; whereas Yesterday and for Several days before we found it to come from the South-East.
In steering along shore between the Island and the Main, at the Distance of 2 Leagues from the Latter, and 3 or 4 from the former, our soundings were Regular, from 12 to 9 fathoms; but about 11 o’Clock we were again embarrassed with Shoal Water [Blackwood Shoals], but got clear without letting go an Anchor; we had at one time not quite 3 fathoms. At Noon we were about 2 Leagues from the Main land, and about 4 from the Islands without us; our Latitude by Observation was 20 degrees 56 minutes South, Longitude made from Cape Palmerston 16 degrees West; a pretty high Promontory, which I named Cape Hillsborough, [The Earl of Hillsborough was the First Secretary of State for the Colonies, and President of the Board of Trade when the Endeavour sailed.] bore West 1/2 North, distant 7 Miles.
The Main Land is here pretty much diversified with Mountains, Hills, plains, and Vallies, and seem’d to be tollerably Cloathed with Wood and Verdure. These Islands, which lay Parrallel with the Coast, and from 5 to 8 or 9 Leagues off, are of Various Extent, both for height and Circuit; hardly any Exceeds 5 Leagues in Circuit, and many again are very small. [The Cumberland Islands. They stretch along the coast for 60 miles.]
Besides the Chain of Islands, which lay at a distance from the Coast, there are other Small Ones laying under the Land. Some few smokes were seen on the Main land.

A fathom is a unit of length equal to six feet (1.8 metres), chiefly used in reference to the depth of water.

A shoal is a natural submerged ridge, a sandy elevation of the bottom of a body of water, constituting a hazard to navigation; a sandbank or sandbar.

Three small boats accompanied the Endeavour. A pinnace, reserved for the use of the ship’s captain, a yawl, just large enough to carry four rowers and three passengers, and a long boat for carrying water and stores. All three had sails and oars and were stored on deck.❞

Our appreciation to Pam Willis Burden from Douglas Shire Historical Society for sharing this content with us daily.

Map from “Endeavour” by Peter Aughton
Sketch by Sydney Parkinson 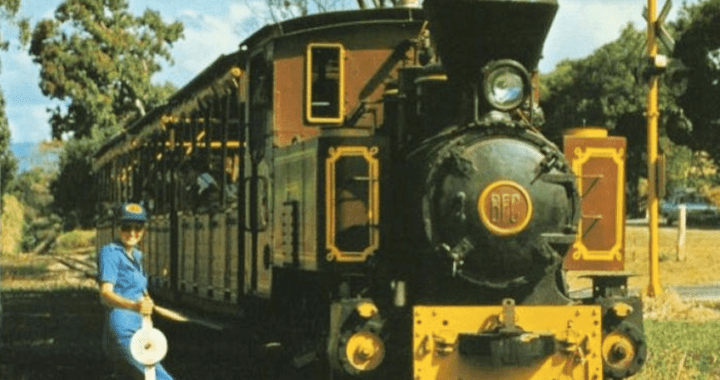 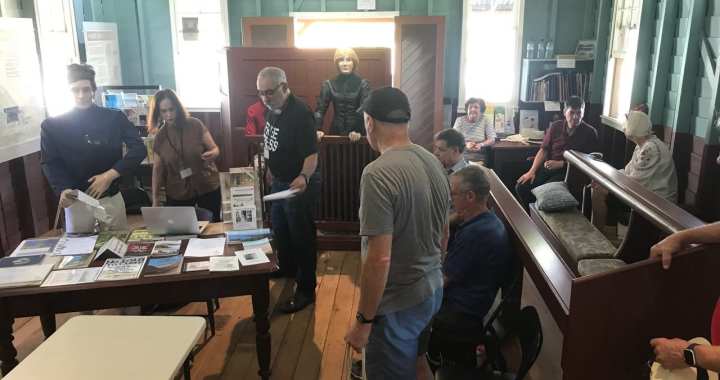 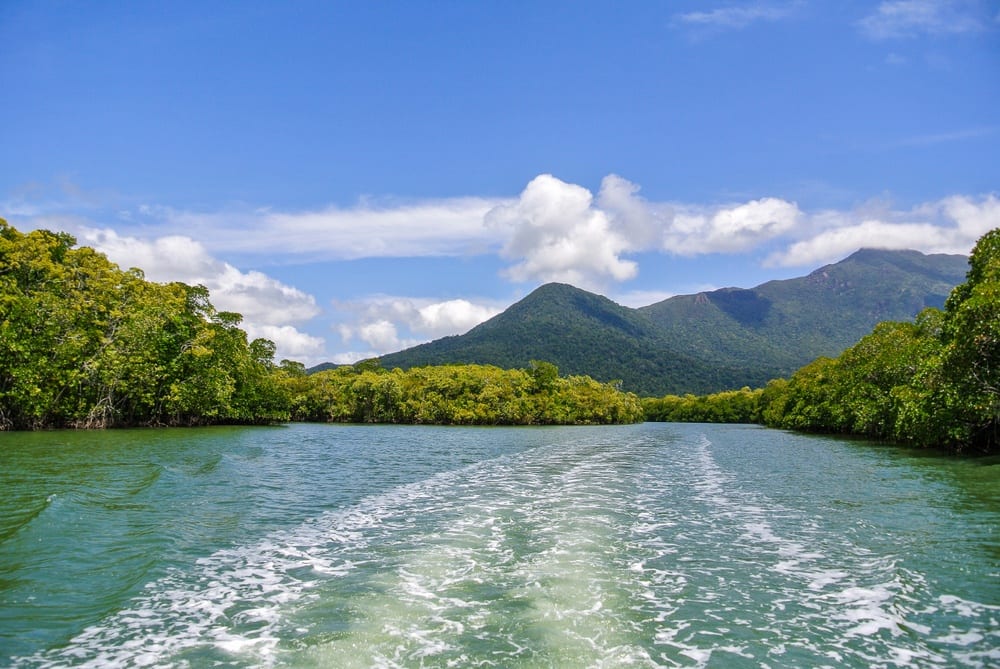