On Friday night the Douglas United Dragons hosted a double header in front of a huge crowd at the Port Douglas Sporting Complex. The ladies’ game between Mareeba and Marlin Coast was a very entertaining goal feast with the Mareeba side scoring six goals.The men’s game between first-placed Dragons and third-placed Marlin Coast Rangers followed and it was a nail-biting battle heavily dominated by the referee, the Rangers had previously won the third Division for the last two years, their current squad even stronger now with players filtering down from their Premier team. The atmosphere was electric on another scenic night at the Dragons lair, the large crowd enjoying the barbeque and refreshments supplied by host and club manager Mathew Smith.

The game started with little rhythm, both teams trying to keep possession, but players were being shut down by energetic defence, losing the ball and passes unable to find their mark.

The Dragons defenders switching the ball from side to side trying to find openings down the flanks, the Rangers were shutting the door every time.  An errant pass from the one of the Dragons central defenders saw the ball taken by a Ranger’s striker on the edge of the box, keeper Heath Melton well off his goal line had to scramble back, the high shot just finger tipped out for a corner.

The Dragons had to be sharper with the ball, Max Taylor and Adriano Gualtieri were starting to make some ground down the left flank, some good crosses putting the Rangers defence under pressure.  The Dragons were starting to dominate the game, then in the 30-minute Billy Pycroft was sent off for a dangerous tackle, now down to ten men, the Dragons players had to put in extra effort to compete.

The Dragons weren’t fazed, they continued to push down the flanks, Dan Ferrero having a great game on the right side turning the defenders around and getting in behind the defence.  The Rangers then attacked down the right, a pass found an unmarked striker on the edge of the Dragons box, his powerful dipping long range shot giving Melton no chance and the ball ending up in the top right corner of the Dragons goal.

The Dragons dug deep, a man down and now a goal down they continued to attack, Italian striker Gualtieri made another skilful run into the Rangers goal box, beating his man he was through onto goal but then was shoulder charged to the ground in a late tackle.  A penalty was immediately given, Gualtieri stepped up to take the kick, his low shot firmly struck to the left-hand side of the goal, the keeper got a hand to it, but it was hit well enough and went in. Half time and scores locked at 1-1 in an exciting game.

The Dragons started the second half strongly, they had forgotten about being one man down, they dominated possession and territory. In the fifth minute, Gualtieri pounced on a loose ball on the edge of the Rangers goal box, he drove the ball low to the right hand side of the goal, the Rangers keeper had no chance and didn’t even dive, but the ball smashed against the bottom of the post, went across the face of the goal and miraculously didn’t go in!

The Dragons were relentless and won several corners, Adam Howell using his height well and coming close with several headers.  The pressure was mounting a Dragons player was fouled just outside the Rangers box, Gualtieri’s thunderbolt free kick well tipped over the crossbar by the Rangers’ keeper.

The game then turned midway through the second half,  the referee sent Gualtieri to the sin bin for ten minutes for decent, prior to the game the referee had warned players about this, but throughout the game players had questioned some calls,  in this instance he took offence, Dragons now unbelievably down to nine players!

The Rangers were licking their lips, they wanted to capitalise on their advantage.  However, to their credit the Dragons lifted even more with the very vocal crowd cheering them on.  The game remained in the balance, end-to-end football and the crowd loving every minute of it.

A corner was given to the Rangers, the ball was crossed over and found the feet of a Rangers striker three metres out from the Dragons goal, his low shot was deflected keeper Melton was already diving for the initial shot he then had to reach back and palm the ball away.  Again the Rangers pushed with numbers, the Dragons defenders heavily outnumbered, a loose ball was controlled by a Rangers striker on the penalty spot his swerving shot palmed away by Melton only to fall to another striker who shot over the crossbar.

Dragons off the hook and now back to ten players with the return of Gualtieri, they continued to push with the crowd willing them on they came close peppering the Rangers goal with shots. Xavi Aranda was causing havoc on the right putting in some quality crosses, but the Dragons finishing was just off.  Full time and the Rangers managed to hold on for a draw, a good performance by a ten-man Dragons team who never gave up and fought hard even when down to nine players.

Dragons would like to thank their sponsors for their continued support and the new playing/training kits, the volunteers behind the scenes and the enormous crowd that turned up to support us.  Next Friday the Dragons will travel to Mareeba, another tough game in a second division that this year is very competitive. 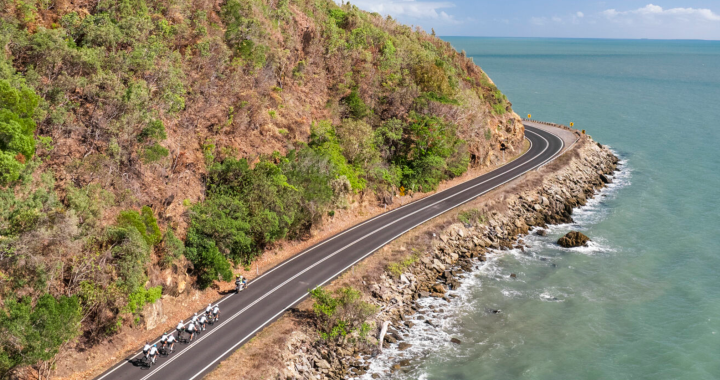