Apparently, DouglasNews.Network invited Callum Jones to contribute his assessment of the local real estate market last week. While most of his comments regarding trends in the local market were in line with comments from other realtors who have spoken to DouglasNews.Network, Callum offered his vision for improving prospects for the Douglas Shire.

“What stands out for me is that we as a destination and a place to live is that we really need more facilities built, such as a retirement village, better equipped hospital including maternity services, community pool and splash park, public transport improvements in and out of Cairns and Mossman, improved gardens and parks, better maintained roads and landscaping.”

I couldn’t disagree more with this vision. In fact, I think this vision for the Shire is a nightmare. Can anybody seriously think that subdivisions of cottages on 350sqm lots are going to benefit the residents of this Shire? The costs of additional infrastructure required to service these “retirement” developments will far exceed their contribution to the economy.

The Mossman Hospital is an outstanding facility for a community of 13,000 people but it certainly doesn’t have the capacity to care for another several thousand retirees. Yes, it would be nice to have a maternity ward again but I don’t know how great the demand is. I can’t imagine the new retirees would add much to that demand.

A pool? We have a community pool in Mossman that barely gets enough use to make it worthwhile. Why on earth do we want to build another in Port?  A splash pool and kiddy recreational area inland from the PDSLC, OK; but, only if the state government pays for it.

We’re on water restrictions now and we don’t have any tourists. How are we going to meet demand when the tourists are back and we have a couple of thousand retirees? As I understand it, even if our coffers were overflowing so we could painlessly add to our water infrastructure, the state has so far refused to grant additional water extraction permits.

But our coffers are not overflowing even though it would appear that the current mayor flings wads of cash at any individual or group he thinks will enhance his profile. No, from the comments at last week’s Ordinary Meeting, I understand that we are in difficult financial times that may require at least eight years of rate rises to recover.

How is that possible?

Where is the Douglas Shire Ratepayers Association?

Where is Gerry Ireland et al.?

No, I believe the way forward is to build high-end facilities in Port, like the ones on the old outdoor theatre site and the ones north of St Crispins Cafe. I could even support the two proposed 5-star developments though I am sceptical that I will be above the ground to see them built. Build residences on full size lots south of Port, in Cooya and in Newell.  Add additional nature based camping grounds north of the river.

But NO BRIDGE across the Daintree. 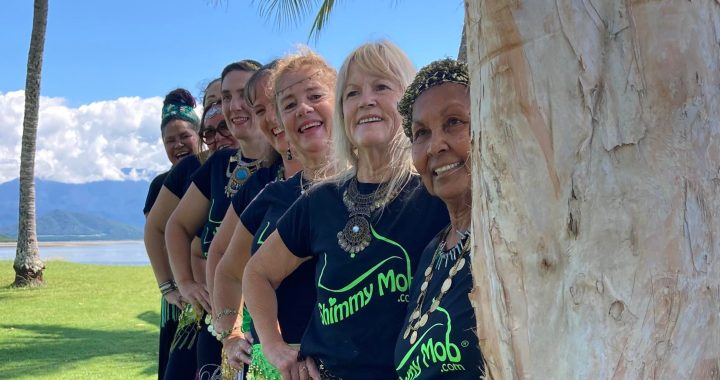