Hold onto your glitterballs and lacquer on those lashes, party people – Tropical North Queensland hotspot Port Douglas is getting ready to celebrate LGBTQI+ culture once again with the return of Port Douglas Hot & Steamy Festival over the weekend of February 19 -22, 2021.

Directors Nathan Clarke and Jason Penrose have championed tirelessly over a challenging year to create a weekend itinerary of events highlighting iconic local hotspots, the natural beauty of the region, and the community’s welcoming spirit.

“Audience response this year has been overwhelming,” says Mr Clarke. “Despite travel challenges over the last 12 months, interstate attendance is looking really strong, as well as, of course, local support.

“Feedback from last year was so incredible, so this year we’ve increased the number of events as well as the calibre of talent here to entertain. It’s still definitely hot and steamy, but bolder and better for sure!”

The Hot & Steamy Festival is set to position itself as the premier LGBTQI+ festival in the region and as a world-renowned LGBTQ+I travel destination.

The Hot & Steamy Festival will feature an outstanding line up of entertainment including special guest, the international cabaret star, sex symbol, accordionist and Berlin boy-wonder, Hans. Hans is the only artist to win the Best Cabaret Award two years in a row at the Adelaide Fringe Festival for his sell-out seasons of Hans: Like a German (2019) and Haus of Hans: Disco Spektakulär (2020); he performed a thrilling Eurovision tribute medley at Eurovision: Australia Decides Live (SBS); he was invited to be guest judge on Australia’s Got Talent (Seven) and he performed at Woolworth’s 2019 Carols in the Domain (Seven). Hans will be performing at the Hot & Steamy Friday Night White Party and will be the guest DJ at SOAKED on Sunday.

Douglas Shire Mayor Michael Kerr has been a supporter of the event since its inception and believes the event to be a welcomed drawcard to the region for 2021.

“I am ecstatic to see the Hot and Steamy Festival back again,” Mayor Kerr says. “Not only does this LGBTQI+ event celebrate diversity and inclusivity, it also provides a vital economic lift for our region during a traditionally quieter period.

“Council is a proud supporter of this fantastic event, and I look forward to seeing it continue to bring more vibrancy to our Shire and more people through the front doors of local businesses.”

“Pride events are a big part of the gay community and Tropical North Queensland represents very well”, he said.

Tickets to events are on sale now and selling fast.

For up to date information and ticket purchase, head to www.pdhotsteamy.com.au or to Facebook @pdhotsteamy 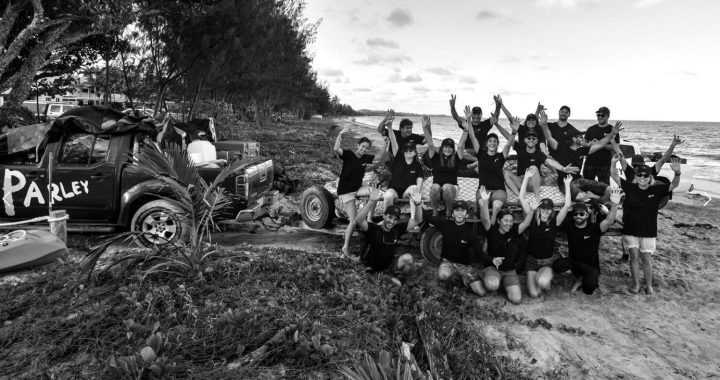