The money launderers and gaming profiteers are askance at the NSW Government’s proposal to ban cash gaming transactions. This ding-dong should have profound national implications about the role of cash in Australian society.

Under NSW Premier Dominic Perrottet’s proposal, instead of putting cash through a poker machine, punters will have to buy credit on a gaming card – and leave an electronic record. At a stroke, illegally obtained cash cannot be laundered as gambling winnings.

At present, an illegally obtained $100,000 can be turned into a legal $85,000 or so (the machines return about 85 per cent) by getting jackpots paid by cheque or electronic transfer which show as legal gambling winnings.

A side effect of the cashless card will be that gambling addicts will have a brake on their gambling through daily, weekly and monthly caps under the one-card-per-person plan.

It will not affect those club members and guests who put a few dollars through the pokies on their social evening meal out even if they have to get a card.

So why are the clubs and pubs up in arms? Because, as we know, the members and guests who put just a few dollars through the machines are a myth. The amounts they put through are so small that it would not be worth the while of clubs and pubs to provide and administer the machines.

The idea that these social flutterers are the community backbone of junior-football-jersey providers is perverse propaganda.

Perrottet has refused to buckle. But the power of the gaming lobby is such that a minister is prepared to defy the Premier. It was Transport Minister David Elliott, a one-time NSW deputy chief executive of the Australian Hotels Association and former director of the 300-poker-machine festooned Castle Hill RSL Club.

He argued against the proposal in a litany of demolishable premises.

It takes a lot for a Minister to defy their leader. It bespeaks the strength of the gaming industry’s political power.

The vehemence of the opposition to the cash card – which does not affect the mythical “few-dollars” gambler – tells you that something wider is afoot.

Interestingly, former Prime Minister John Howard has weighed in in favour of Perrottet and his cashless card. Perhaps it was a gun-control moment to address a social evil. Or perhaps it stemmed from Coalition thinking that social welfare should be paid via card so that recipients (dog whistle undeserving ones) do not waste it on booze, tobacco and other vices.

In any event, cashlessness has a lot going for it in stemming the laundering the profits of illegality, including drugs, people smuggling, and, of course, tax evasion.

If you take away the cash, those activities become more difficult.

The Federal Government should seriously consider removing the $100 bill and even the $50 bill from circulation. It would make the carriage and counting of cash five times more difficult.

In any event, as inflation erodes the value of existing notes, the Government should resist pressure to issue a $200 or large denomination note.

There is little need for large amounts of cash these days. Even parking meters take cards.

True, stallholders at markets, beggars, buskers and charity tin-rattlers do not take cards, but the $20 note and below would easily accommodate them.

The Reserve Bank tells us that between 4 and 8 per cent of the two billion banknotes (worth a total of $100 billion) is in the illegal economy.

It is interesting that the Reserve Bank – usually a precise institution – is so woolly about how much money is in the illegal economy. But even the low end is $4 billion.

A 2020 Bill to ban cash payments of more than $10,000 with big penalties was rejected by the Senate. But it was the wrong approach. Cash dealers could break up payments into smaller amounts or just would not be deterred by the ban. Removing the larger denomination notes is a better way.

Notice how the triumphant photographs of police drug raids show only $100 and $50 notes. Even then the bulk is hefty. Imagine the greater difficulty if $20 or $10 was the highest denomination note.

The Reserve Bank is also woolly about how much is held overseas, saying: “A sizeable share of Australian banknotes is estimated to be held overseas, perhaps as much as 15 per cent”.

Perhaps much of that is down to Australia’s large migrant community with family overseas, but it would be safe to assume a criminal element in some of it.

The $100 billion cash in circulation represents more than $4000 a person (including children). Nearly half of that is in $100 notes. It is an astonishing amount. Who would need so much? Hoarders? Rainy-day people? Runaway money for spouses? Or illegal activity?

A big turning point in reducing the use of cash has been the combination of Covid and tap-and-pay. The health risk was reduced by reducing touch contact and it became more acceptable to pay small amounts by card.

We are not sure precisely how big this trend is because the most recent RBA Consumer Payments Survey was done in 2019 before the pandemic. And, of course, the pandemic made updates almost impossible.

And it is a myth that card use for everything is luring us into the clutches of interest-grasping US credit-card companies.

Only a quarter of card payments are by credit card. Three quarters (by value) are by debit card. Nearly all the growth in card payments has been by debits cards.

Given those trends, the case for removing $100 and $50 notes is stronger.

Perrottet is on the right track. But reducing cash in gambling should be just a first step.

This article first appeared in The Canberra Times and other Australian media on 10 January 2023.

Crispin Hull is a former editor of The Canberra Times and regular columnist.

Crispin Hull / Back to Basics on the Voice 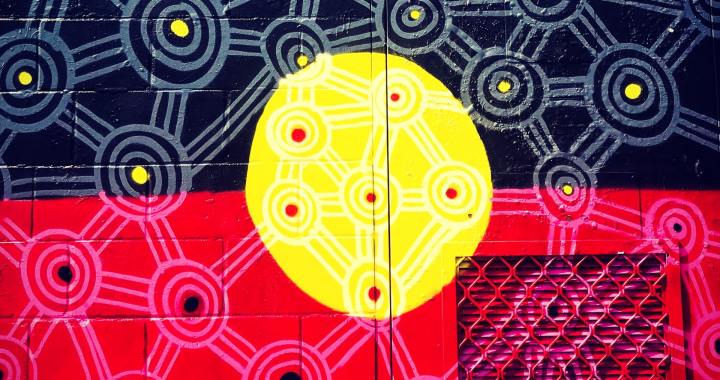 Crispin Hull / On Why We Should Vote Yes to the Voice. And the Use of ‘Like’ in Language.